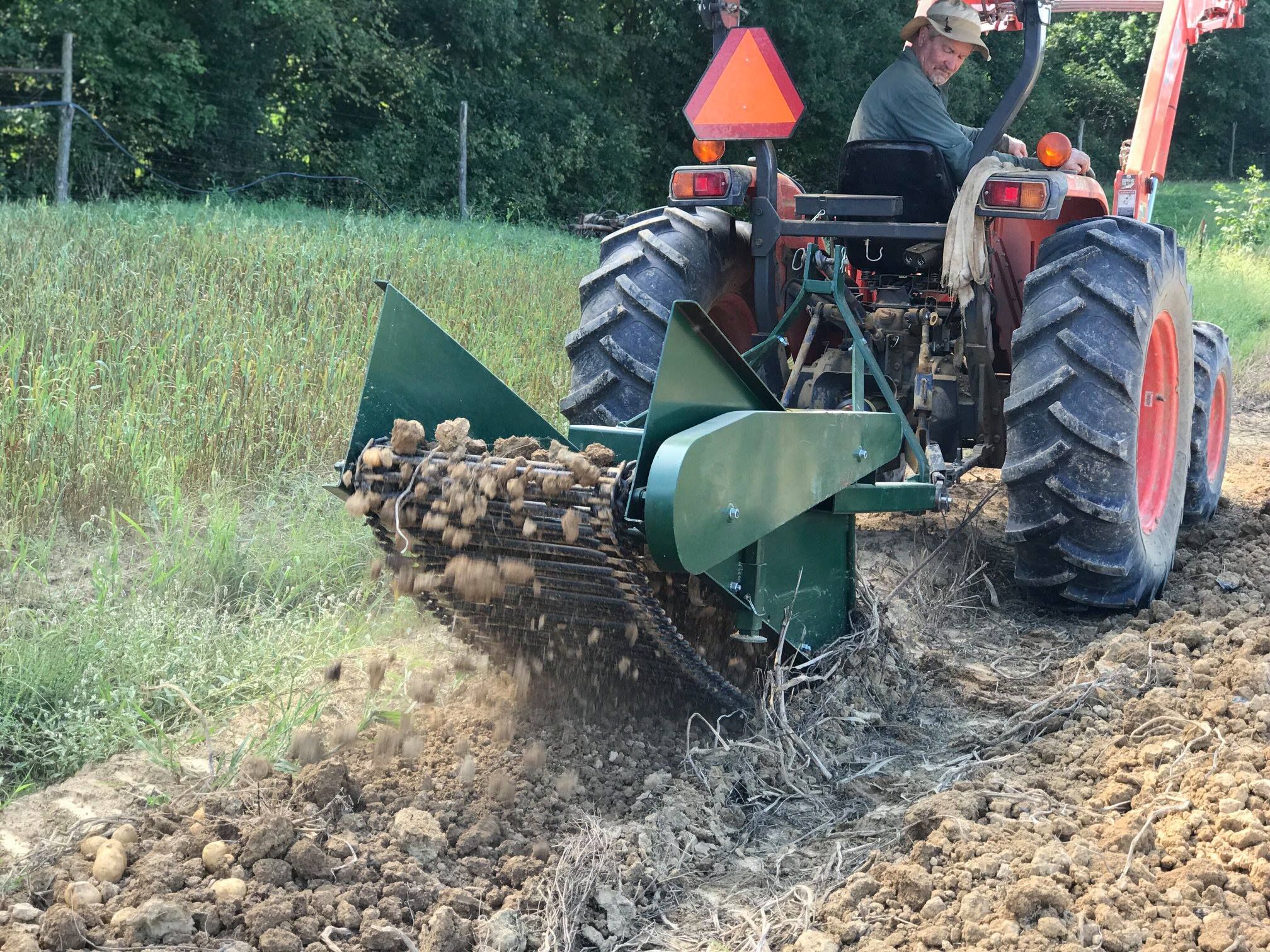 To get to the Vest Berries farm you drive on roads that wind back and forth and up and down hills, between fields, and beneath arching trees that turn road into tunnel.  Other than a post displaying the address, there’s no obvious sign marking your destination, but through the fence and down a short lane you can clearly see you’ve arrived at a place that knows produce: High tunnels and carefully tended fields create a patchwork of greens and browns on gently rolling land bordered with trees.

Anyone who’s worked in a garden or on a farm knows that the labor is tiring and the hours long, that fields don’t magically produce food.  So while the beauty here is serene, it also represents countless hours of sweat, exertion, and persistence. Today we learn that maybe there’s magic here after all -- in the fact that effort put toward growing and harvesting food is rendered enjoyable and rewarding through cooperative effort.  I’m not a full-time farmer, so maybe those who’ve spent more time in the field would disagree, but from my experience, to toil alone can be back and spirit breaking. To toil together can be energizing and healing. Today we’re harvesting potatoes, together.

When I arrive farm owners Rick and Terry meet me.  Three of CFI’s incredible AmeriCorps volunteers, Alex, Bailey, and Sierra, have been harvesting for more than an hour, and they’ve already managed to fill several 30-60 pound sacks of potatoes.  We head down the hill to join them, Rick taking the tractor and a potato-harvesting implement to unearth another row. The potatoes were planted in long hummocks, and as Rick pulls the implement along one of the hummocks a sort of conveyor-belt of posts passes under the soil to lift the tubers up from darkness.  It’s not an exaggeration to say the whole process effectively transforms this humble, staple vegetable into something incredible and beautiful. (We do occasionally cross paths with a rotten potato. These are smelly and less beautiful.)

Sierra, Bailey, and Alex have established an efficient system for harvesting and I’m able to join without interrupting the flow.  Sierra and Alex move along the row gleaning the potatoes that the potato harvester exposed completely, while Bailey and I follow, kneeling against the hummock and raking through the soil with our hands to find any taters that remain buried.  The rhythm -- repeatedly reaching into the dirt, seeking with both eyes and fingers for the little bulbous treasures, depositing treasure into potato sack, moving down the row -- is meditative. The four of us ride waves of conversation then quiet, learning more about each other as we work, listening to the sounds the world makes when we’re not covering its hum with our chatter.

Berry Patch Cat either keeps us company or silently judges us from an adjacent plot -- depending on your perception of feline friends.  We are dirty, and with noon approaching the sun has gotten warm enough to make us sweat, but there’s next to no complaining. Most comments revolve around how therapeutic it is to feel the dirt against our skin and be working out under the sky.  I don’t mean to overly romanticize this sort of labor; on the contrary, doing something like this for just one morning makes you all the more aware of how difficult it can be, and how unjust a system is that doesn’t compensate field workers fairly.

Alex, Bailey, and Sierra need to go so that one of them can make it to a COMCorps commitment, and I stay to finish a row.  A new rhythm of picking up surface potatoes and then digging in the dirt emerges; what seemed like silence after my colleagues first left quickly fills with bird and insect songs.  After a little while Rick comes and helps in order to speed up the process, and we load the final crates into the back of his tater-gator. (So, it may not have actually been a Gator, but tater-gator was irresistible.)  The next day, Alex and another volunteer return to harvest one final row, for a grand total of over 600 pounds of potatoes donated to CFI from Vest Berries -- that we then easily distribute to pantries and other food assistance organizations.

Over and over again in the midst of this busy harvest season I find myself thinking that the name Community Food Initiatives is appropriate in so many different ways.  Today, the togetherness that naming something “community” implies is obviously apparent. The communal effort of growing and harvest food supports a community of people that, in turn, will be able to better return the invested time and energy.  It’s a beautiful model of resilience, all packed into the humble skin of a potato.