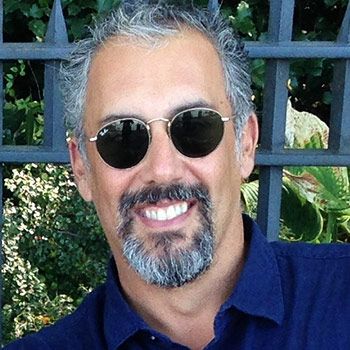 This month we spoke with Ric Wasserman, local business owner and member of CFI’s first Board of Directors. You can still find Ric in our local food system as the owner of The Pigskin and The Corner on Union. Ric also currently sits on the Board of Directors at ACEnet. Read more about Ric’s time at CFI in the interview below.

How did you get involved with CFI and what was your role?
“When I started my first real business, World’s Best Bagels, I ended up talking to Leslie Schaller at ACEnet. I got a great amount of technical assistance from Leslie and ACEnet when I was starting that business, and when it was all over I asked if there was anything I could do to thank her [Leslie], and she asked me to be on the Board at Community Food Initiatives. She and I took a drive to Amesville one evening in late fall and went to the meeting at the Grange Hall where this nascent group was meeting. We walked into the room….it was mostly growers who were from the Amesville area. I had no frame of reference for the meeting, I just sat there and took it all in, and that’s how I became involved with CFI. The shared use kitchen incubator was the initial idea because that’s what allows growers to add value to their product, so they aren’t just selling a commodity as it comes up from the ground, but they’re selling a product, whether it’s salsa or barbecue sauce or pickled peppers. They can achieve significant growth like that.”

Do you have a favorite memory at CFI?
“That meeting in Amesville has to take it all. At that meeting, I met Jim Watchel, who has remained one of my closest friends over the past 25 or so years, and he stayed involved with CFI. Eventually, he became the first President of the CFI Board of Directors, and I became the first Vice President/Treasurer. I was probably on the Board for about four or six years. I was there through the time when we hired the first coordinator, which was a part-time position back in the day; the first hire was Porter Dunaway. I just remember a lot of meeting after that; we just met in the conference room at ACEnet, probably once each month. When we hired Porter, she was the first person that was employed at CFI, and she was paid a stipend, we didn’t have a payroll or anything like that. It was a very small organization searching for a mission at that time.

What do you think CFI contributes to the community?
I think it’s cool that they’ve found a niche in the local growing economy, here people who want to swap seeds or get information about growing, or for people who want it to become more than an avocation for them, CFI gives a lot of technical assistance for that. I’ve fallen out of touch with a lot of current programming, but I know there are community gardens, which is a great idea.

How have you seen CFI change over time?
I always have a little tiny bit of pride when I see CFI in the news doing something great. It was such an early stage concept when I was involved, so it’s great to see the growth. My role was limited; I owned a restaurant, so I was a potential customer for the growers, but my real role on the Board was to be an organizer, I was someone who understood the finances and could create a structure for the Board and all of that. Eventually, I did become the Chair of the Board, and that was all great. I feel good when I see that it [CFI] is still going – the business I had at the time isn’t, I sold it many years ago and it’s been sold since. World’s Best Bagels is dead, but CFI lives on, so it’s great to see.

What have you been doing since your time with CFI?
I’m on ACEnet’s Board; I did six years on the Planned Parenthood Board, I was very involved there for a long time. Of course, I have my businesses, I own The Pigskin uptown and I have some apartment buildings. I just opened a new restaurant called The Corner on Union, and I’ve been involved with the local Democrat party for a long time. I ran for office once; I came in second. I’m a local guy.