The Black Panthers and the Breakfast for Children Program 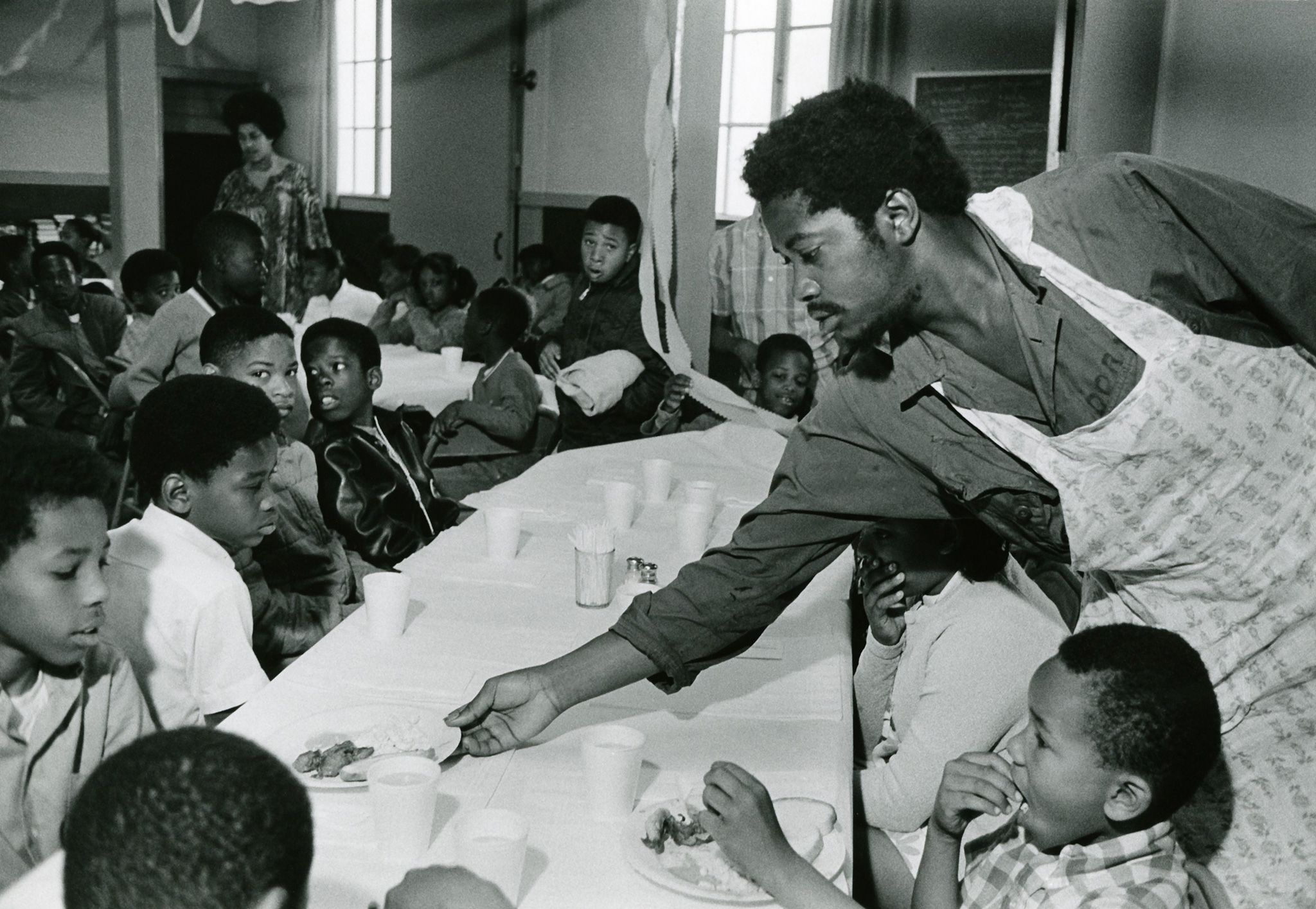 In our movement towards equitable and just food for all, it is essential to build upon the revolutionary work done before us. We must share the true stories of those that paved the path of resiliency in the face of staggering adversity, remembering that some of the most prolific actors in food justice history are denied recognition in popular discourse. Despite one’s political affiliations, we cannot deny the remarkable accomplishment of The Black Panther Party's organization of their Breakfast for Children Program, feeding underserved school-aged children throughout the country.

Today the School Breakfast Program is a Federally funded program providing low income youth breakfast every school day. Research supports the claim that students function better in school when they eat breakfast. 20.4% of the total population in Athens County is food insecure, and as of 2016, 36% of Athens County students receive free or reduced lunch at school. A significant amount of families and children in Athens County depend on the School Breakfast Program as a daily source of subsistence. All of the county schools offer free breakfast, though who is eligible to receive free breakfast varies by location. Some schools serve breakfast to all students, while others serve only to qualifying students. 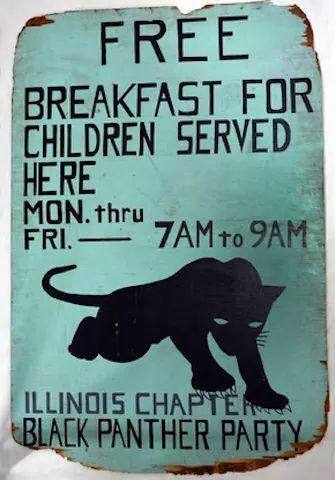 In 2017, the School Breakfast Program had almost 15 million participants nationally, and served nearly 2.5 billion free or reduced priced meals. Established in 1966 under the Child Nutrition Act, it began as a two year pilot program to provide grants to schools to feed “nutritionally needy” children. The program was devised by Kentucky congressman Carl Perkins. Perkins was concerned with children from rural areas who farmed early in the morning and arrived late to school, hungry after a long bus ride. The program was slow to roll out, and it wasn’t until 1975 that it received permanent authorization, to be offered to those in need across the country.

Soon after Perkins’ breakfast program began addressing hunger in rural America, the Black Panthers saw a similar need to provide breakfast to hungry children within their communities. In response, they organized the Breakfast for Children Program, initially feeding school children out of the St. Augustine’s Church in Oakland California. The Panthers deeply valued education, and understood that children must be well fed in order to successfully learn. Party co-founders Bobby Fields and Huey P. Newton knew a lot of neighborhood kids and saw the Black Panther Party as an opportunity to address hunger amongst youth. The program was a success and rapidly spread throughout the country. By the end of 1969 The Panthers were serving free breakfast to 20,000 school aged children in 19 cities and in 23 local affiliates. The labor and service was provided by party members and volunteers and most of the food was donated by stores, churches and groceries. Community members organized and came together out of need to provide food to young people. Organizers carefully consulted with nutritionists to make sure the children were served high quality, balanced meals, and made sure they had the necessary permits from the health and fire departments for the kitchens and halls where the meals were served. The breakfast program was one of many programs The Panthers ran to address needs due to poverty. All in all, The Panthers developed over 60 “Serve the People” programs including free clinics, legal aid, and early childhood education programs.

It’s unfortunate to learn of the take-down of the “Serve the People” programs, both for the shady details associated with their demise (involving the FBI), and who most likely suffered from their absence. With increased government cuts on welfare and public service programs, it is worrisome to imagine what might happen if federal programs like Free Breakfast are cut. Who would be most impacted? The success of the Black Panthers in providing much needed services and resources for free to those in need demonstrates the outstanding potential of grass-roots, community led organizing. If the Panthers’ programs, including Free Breakfast, had not been dismantled, what might have come from such effective and widespread organizing efforts?