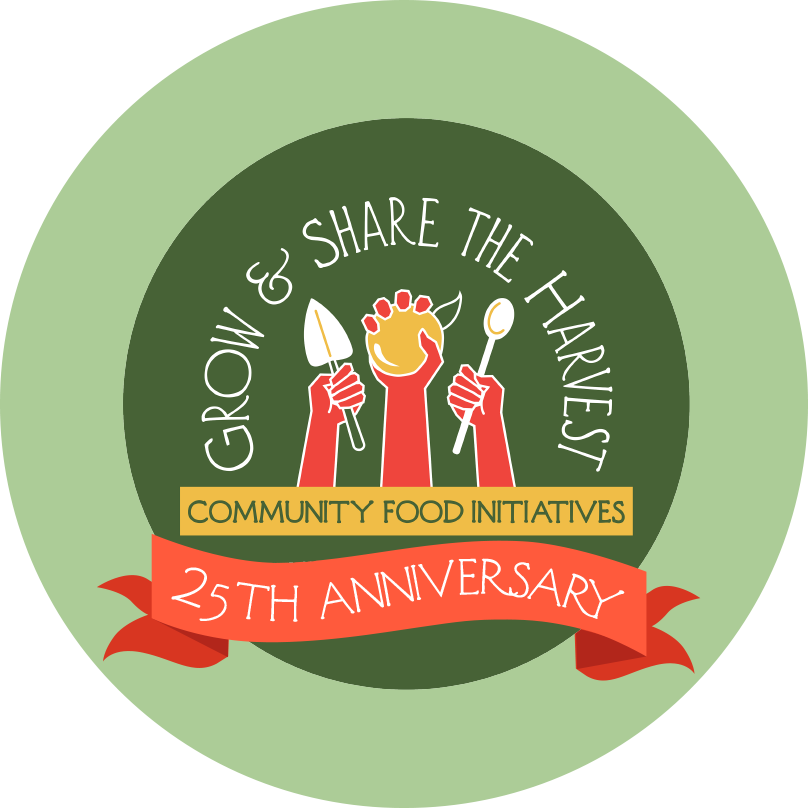 Exploring Our Roots with Badger Johnson

For the past 25 years, Community Food Initiatives has been an integral part of the local food economy. In celebrating this milestone for our organization, we are reconnecting with some of our past staff, and we will be sharing their stories over the next several months and “Exploring our Roots.”

Badger Johnson was an AmeriCorps COMCorps member serving at CFI between 2011 and 2013. He focused on expanding the community gardens and educating community members on growing and cooking with healthy foods. Badger’s work at CFI and interest in the environment continue to influence his work today. Read more about his time with CFI in the interview below! 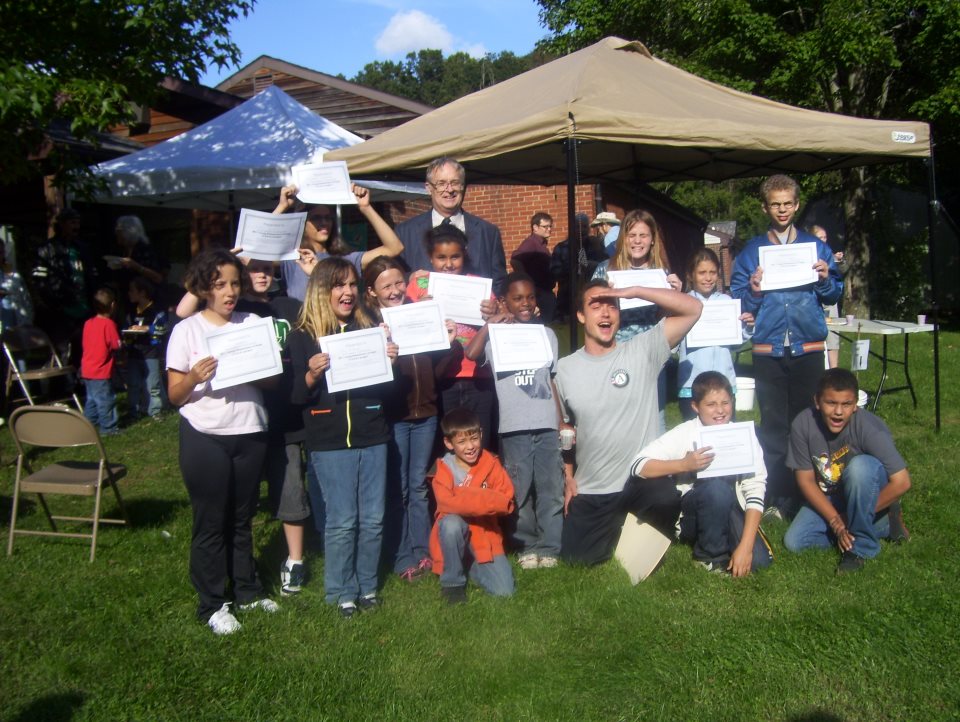 This interview has been condensed and edited for clarity.
What was your role at CFI?
“I describe my role as Community Gardens and Food Education Coordinator. We had a number of community gardens, four at the time, and we opened a fifth, sixth, and seventh one while I was [at CFI]. I was with [AmeriCorps] COMCorps, so I also did the normal COMCorps things. I was interested in trees and orchards, so we put up some community orchard plantings and distributed a fair number of fruit trees as well.”

Do you have a favorite memory from your time working at CFI?

“I enjoyed making fermented vegetables with the YEAH! Kids. We were experimenting with different things like sauerkraut….I also really loved working with volunteers. That first fall and spring, I had a volunteer who helped me shovel manure for forty hours, because I was pretty set on getting a soil nutrition upgrade for anyone that wanted it. We would go to a local farm whose stables were overflowing, took manure off their hands, and gave it to the community gardeners. It was fun to get sororities and fraternities out shoveling manure, so I loved doing that.”

How do you think CFI contributes to the community?

“The community that we’re embedded in is pretty economically segregated…and so, if it weren’t for the efforts of CFI, I think the benefits of the local food movement would remain siloed within the middle and upper class. The work that CFI does helps make sure the benefits of the local food movement are felt broadly throughout the community. CFI has played a large role in getting more people access to the farmer’s market, engaging school aged children, and through multiple different vectors giving people a chance to try new food, cook with new food, and grow new food.”

Where do you see CFI going in the future?

“Athens has become kind of famous for this local food movement and a lot of people have played a role in that, but CFI has had a sustained role in feeding the grassroots of that movement. If it keeps happening, keeps getting bigger, and keeps spreading to other towns and communities in the region, the impact of the local food movement could be felt there too.”

Where are you now and has your work at CFI influenced what you have done since?

“This spring I received my Master’s in science and natural resources with emphasis in agroforestry, which was a three year project. I helped unionize the graduate students while I was there, and got us a raise for our work. After I left, I worked for the National Parks Service and as a field botanist, and now I’m going to work on an organic ranch doing work with forestry, medicinal herbs, and certain animals. I’m interested in agro-ecology. I like community organizing quite a bit, I’m just getting more and more into managing big chunks of land in a sustainable way. I’m in Missouri now, but I come to Ohio periodically. Eventually I’d like to move back to Ohio, but not before I have all the skills to manage a giant piece of land and a big team of people, and to do it profitably and differently.”

Badger’s goals for the future have certainly been influenced by his time at CFI and the local food movement in Southeast Ohio: “The same way that Shagbark Seed and Mill has this vision of taking land out of conventional row crop production and putting it into organic production, I have a similar vision for forested land and pastures.”