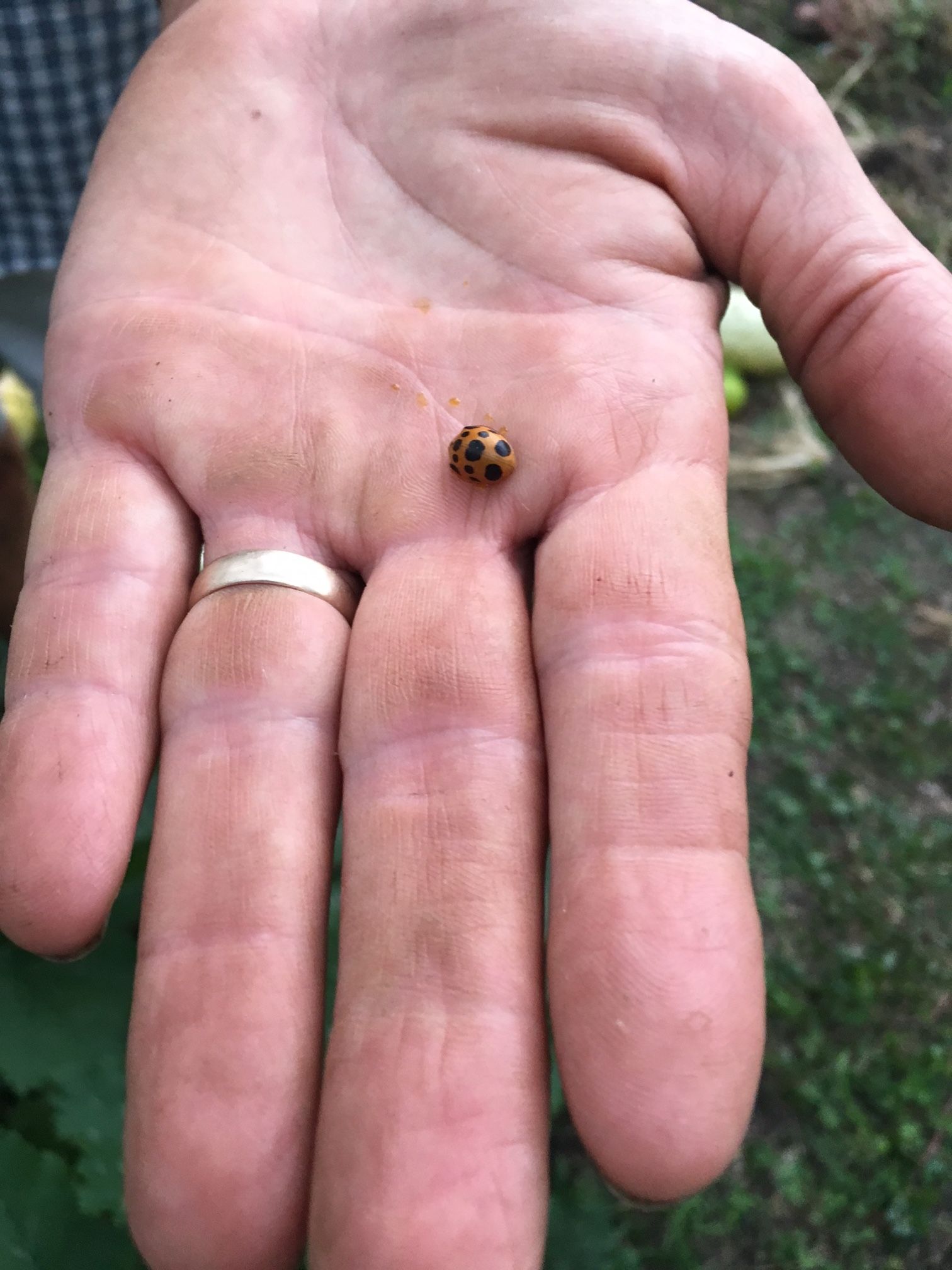 The first week in July, CFI planned an organic pest and disease control workshop with Associate Professor of Environmental and Plant Biology, Art Trese. We met at the W. State St. Plant Biology Gardens, which grows food for the weekly plant sale at OU. As we met outside the gardens, we all noticed the dark ominous sky in the distance—in front of a bright sky, clouds churned together, forming shapes like smoke rising. A storm was definitely heading towards us.

Art’s plan was to walk around the garden and point out issues related to plant health. We started outside and headed under the greenhouse just in time before the rain hit. As we continued the rest of the workshop in the greenhouse, we had to speak loudly to talk over the sound of the rain hitting the roof. 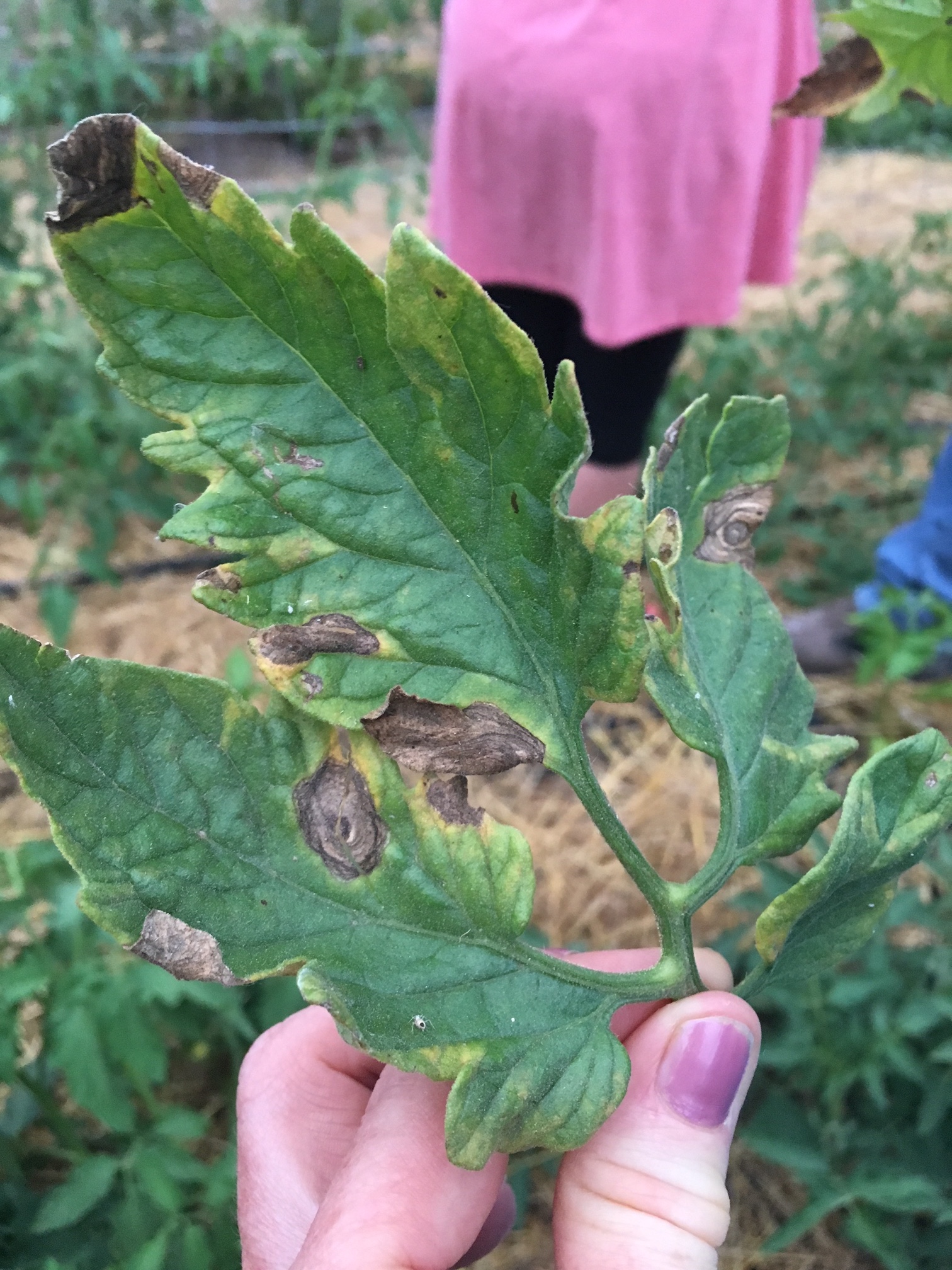 Art said the trick with pests and diseases is to figure out which issues are cosmetic versus when they impact plant quality. First, we learned the difference between a bug and a beetle. This is not something I had ever really considered before. A beetle has a hard shell with wings that fold under it. Bugs don’t have this and they also don’t have a metamorphosis stage, meaning they hatch from eggs as smaller versions of their adult selves (nymphs) but they are never larva.

We then talked about specific beetles and bugs that become pesky in your vegetable garden:

We discussed funguses that impact tomato and pepper plants:

Last, we discussed organic pest control products. You can get a lot of these products and have many of your questions answered at White’s Mill.