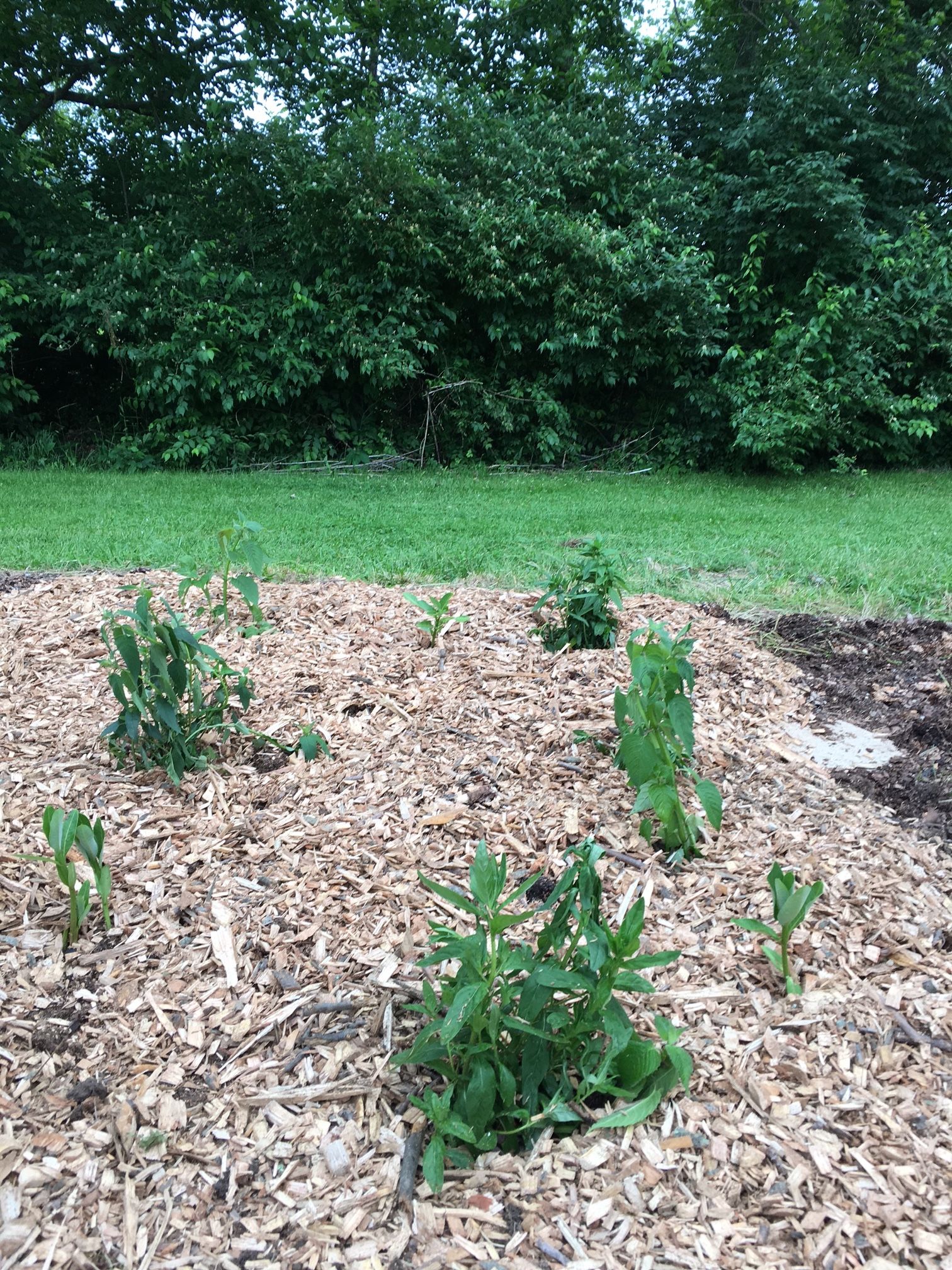 The second week of May, CFI hosted a workshop to plant a pollinator garden at the Eastside Community Gardens. CFI Board member and gardening extraordinaire, Kira Slepchenko, ran the workshop. When I arrived to the workshop, Kira was talking about how to plan where to put different pollinator plants based on their height, size, and direction of the sun so that you don’t have certain plants shading others. All of the plant starts she brought were taken from her own garden at home and the seeds she brought were seeds she had saved from a previous year. As Kira spoke about her plants and the seeds we were about to plant—cosmos, zebrina Hollyhock, cock’s comb, Bergamot, and others—she radiated with excitement and enthusiasm.

First, we mapped out what plant starts and seeds were put where. On the left side of the plot we put perennials (which were the plant starts) like milkweed and bergamot and on the right side of the plot we planted some annual seeds like zinnias, cosmos, and sunflowers. Kira talked about how we want to attract good bugs to the plants and this has to be done somewhat strategically. Monarchs will only lay their eggs in milkweed and the caterpillars then eat the milkweed when they hatch. She said we should put plants for the adult bugs near plants that are food/friends for caterpillars so that the adults can eat and lay their eggs nearby caterpillar food. Kira said to put cosmos everywhere—bugs love them. Black swallowtails love dill. Sage, parsley, and rosemary are plants that pollinators love. 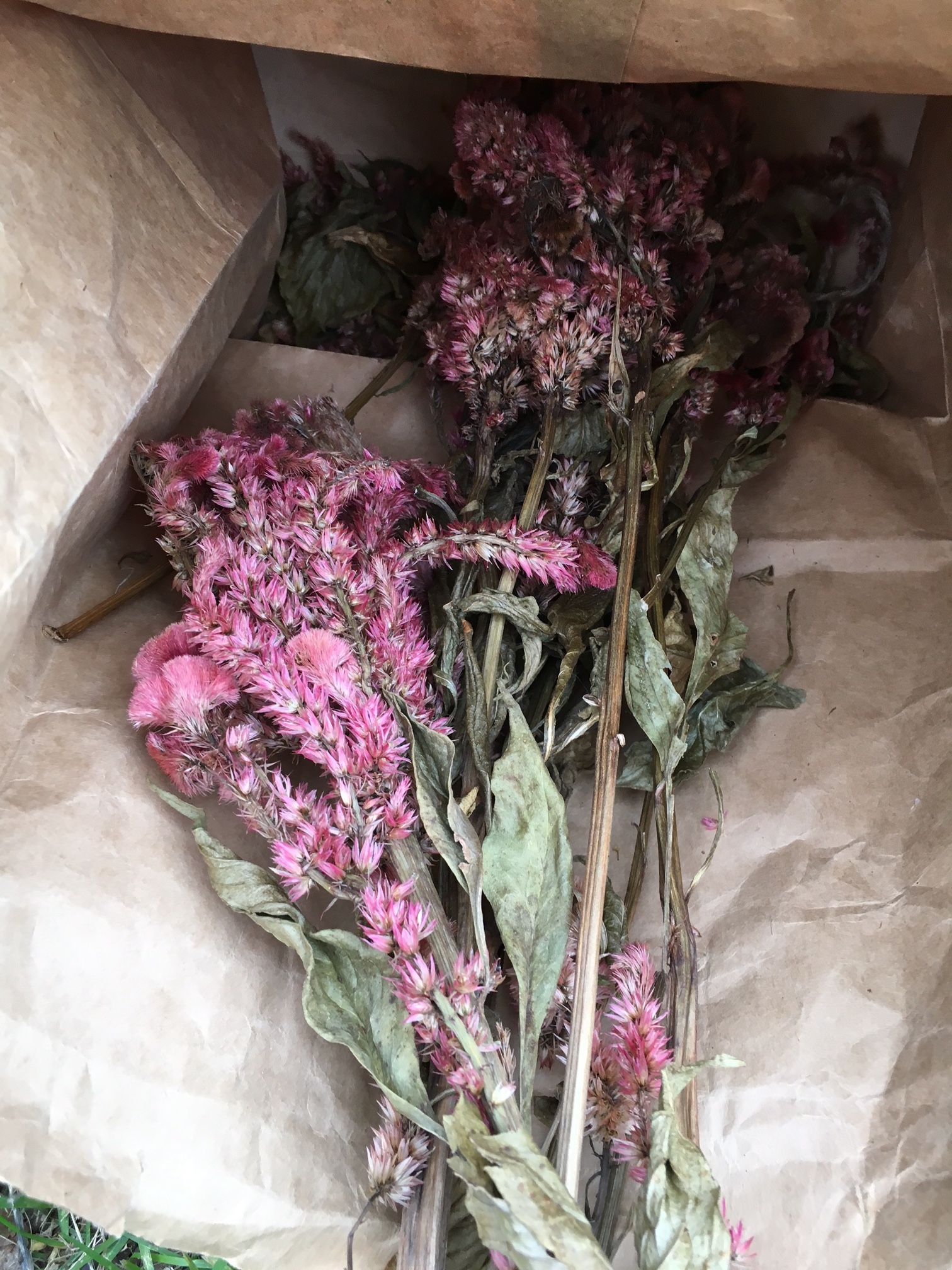 Some of the dried plants— like the zebrina hollyhock—had not been “cleaned” yet. Kira had the dried plants in large paper bags. We pinched seeds from the bottom of the bags or pulled them off the dried stems of the plant. I took a trough and made tracks and holes in the dirt to mark places to put seeds. I then put seeds in those holes and lightly covered them with dirt. Kira said that we should have plans for all of the open spaces in the soil because the soil is fertile. She said there is a Russian saying “the holy place will always be occupied.” Empty places of fertile soil are the “holy place” and you should fill them with things you want there otherwise seeds that you don’t want there will blow in and take up those spots. Janice brought wheelbarrows of mulch over (from a pile near the community gardens) and we put mulch around the perennial plants. 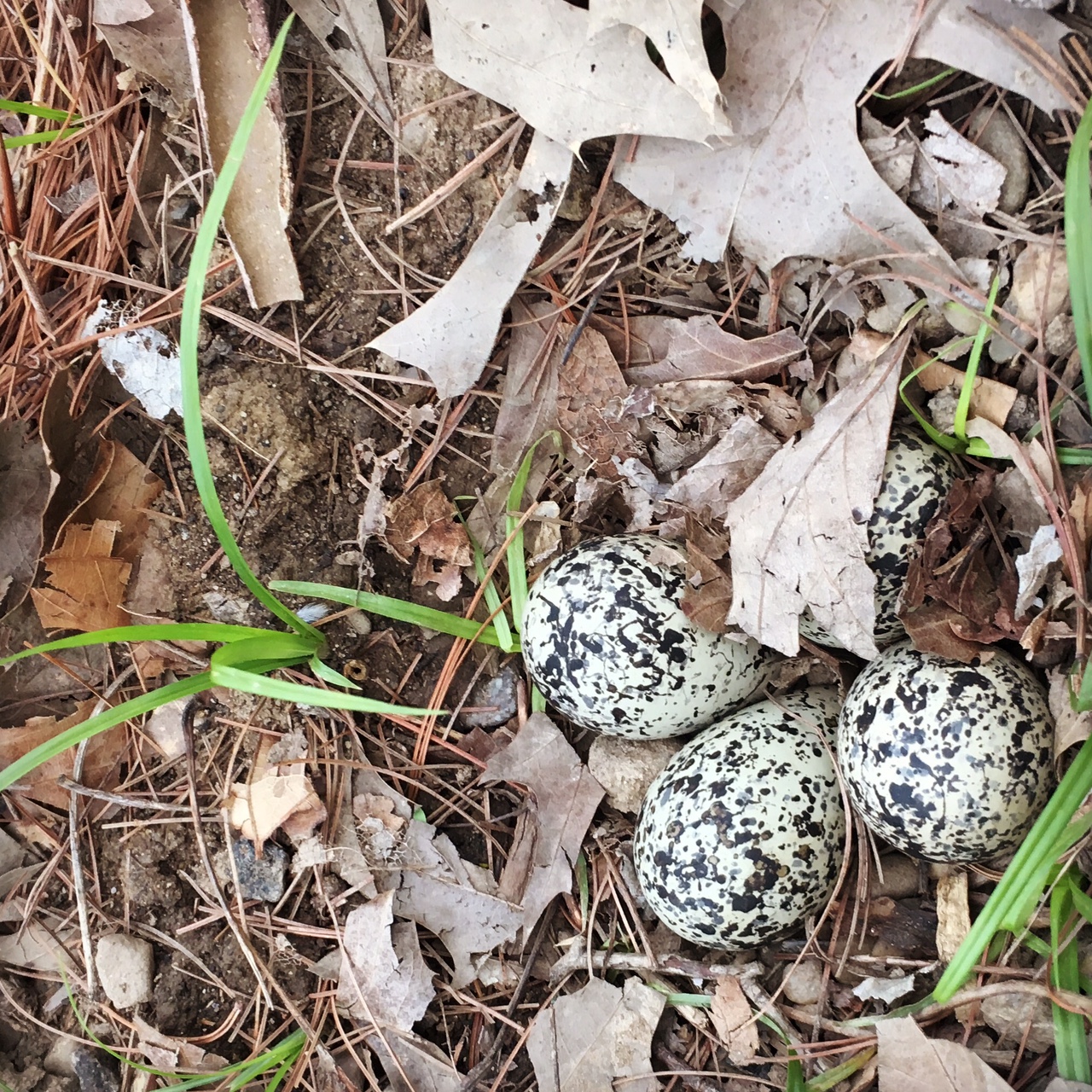 At the end of the workshop Kira encouraged us to take some of her seeds. We sat around on the picnic table and put seeds in yellow envelopes. I grabbed them out of the jars they were stored in or plucked them off the plant or out of the pods (the milkweed was still in its pod, attached to the fluff that is supposed to carry it away in the wind, like a dandelion). As we siphoned seeds into our small yellow envelopes an energetic killdeer bird noisily fluttered around us. The bird flew to seemingly strategic spots throughout the community garden and screeched. On occasion, the chirping would get fast-paced and she would fan out her feathers and turn around, showing the yellow underside of her back feathers. Later, Janice found the killdeer’s nest in the ground of a community garden plot near where we had been sitting. Four white eggs with brown spots were tucked in the ground.