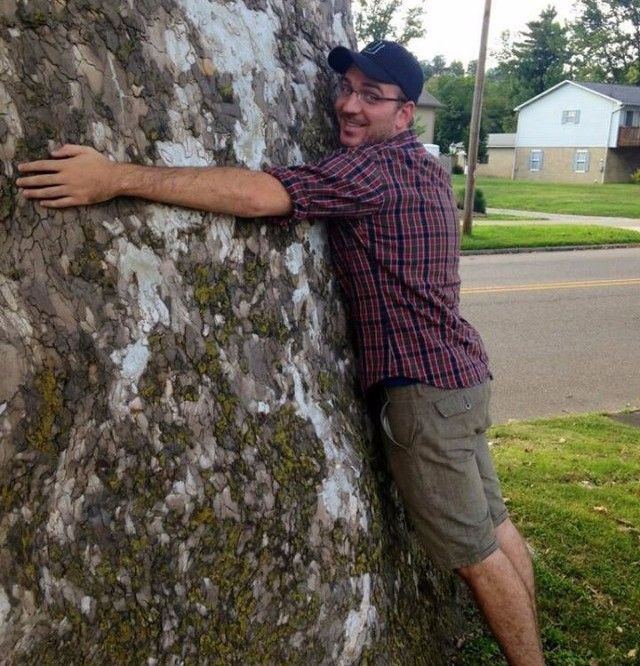 Eric Long, CFI member, enjoys coming to many of our workshops and really believes “in the entire mission of what CFI does.” As an Ohio University alumnus, Eric first heard about CFI through his Geography major and as a summer counselor at Camp Oty’ Okwa – “But that was like 12 years ago!” What’s now become ‘trendy’ to work in food issues, Eric sees CFI as an organization dedicated to ensuring greater food security for all before the popularity of the issue hit the rest of the country. Read more of Eric’s thoughts on “Why CFI?” in the interview below!

CFI: What do you enjoy most about being a member of CFI?

EL: I enjoy getting all of the updates about the different workshops that CFI has going on every month.

If you are a member of CFI, you get to go to them for free, so that is cool. I just believe in the entire mission of what CFI does, and I like getting the annual reports, to see who else is integrated with CFI’s mission and philosophy, and seeing the people who are on the board. I just like seeing all of those connections.

EL: I was an Ohio University student, and I heard about CFI because I was a geography major and there's some people in that field who would come and volunteer with CFI. And then, when I was a summer camp counselor at Camp Oty' Okwa, one of the counselors was heavily involved with CFI. But that was like 12 years ago!

CFI: Why is the work of CFI important to you personally? Is there anything that CFI does that resonates with you on a personal level or otherwise?

EL: I just bought a house in April, so I really want to attend some of the workshops about how to build raised beds because I want to do that this spring at the new house. I'm sure I could figure it out and ‘Google’ it, but I would love to go to a workshop and just ask in-person questions and learn first-hand.

Just being part of COMCorps, CFI resonates personally on a work level. Outside of work, and just thinking as a community member, I totally love everything about the Donation Station -- how it works, the philosophy of it, from Farmers Market to distribution, to everything. I just think it’s so cool that this community, this region, has a lot of local food programs going on.

CFI: Do you think with CFI there is a certain issue that the nonprofit is out there to address or a service that this business provides in the surrounding area?

EL: I think CFI was probably one of the first food-security organizations in the area, like now it’s ‘trendy’ with the whole local food movement and with restaurants getting involved. But I think CFI was all about that before it became popular. That’s super important, and that’s something I think is probably a backbone of the agency, providing local food to local people and just keeping it all local -- the money local, the entrepreneurship local, the produce local, manpower local, all of that.

CFI: Is there anything about CFI that you really like or have a passion for, whether it’s one specific component or overall...?

EL: I think education is super important -- the key is to start young with that education, especially what you are doing with the school gardens, having family-oriented programming, and just ingraining it in the kids that this is normal or can be normal. 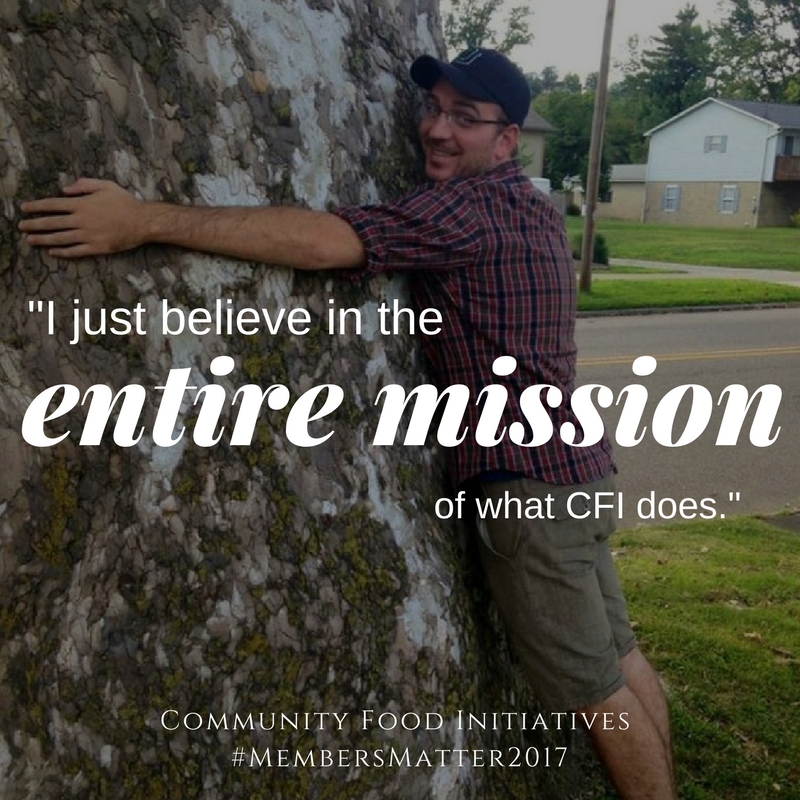 CFI: Anything that you like about CFI. If there is one aspect about CFI that stands out to you the most that really resonates with you, what would that be? The people that work here, the service that they do...etc.