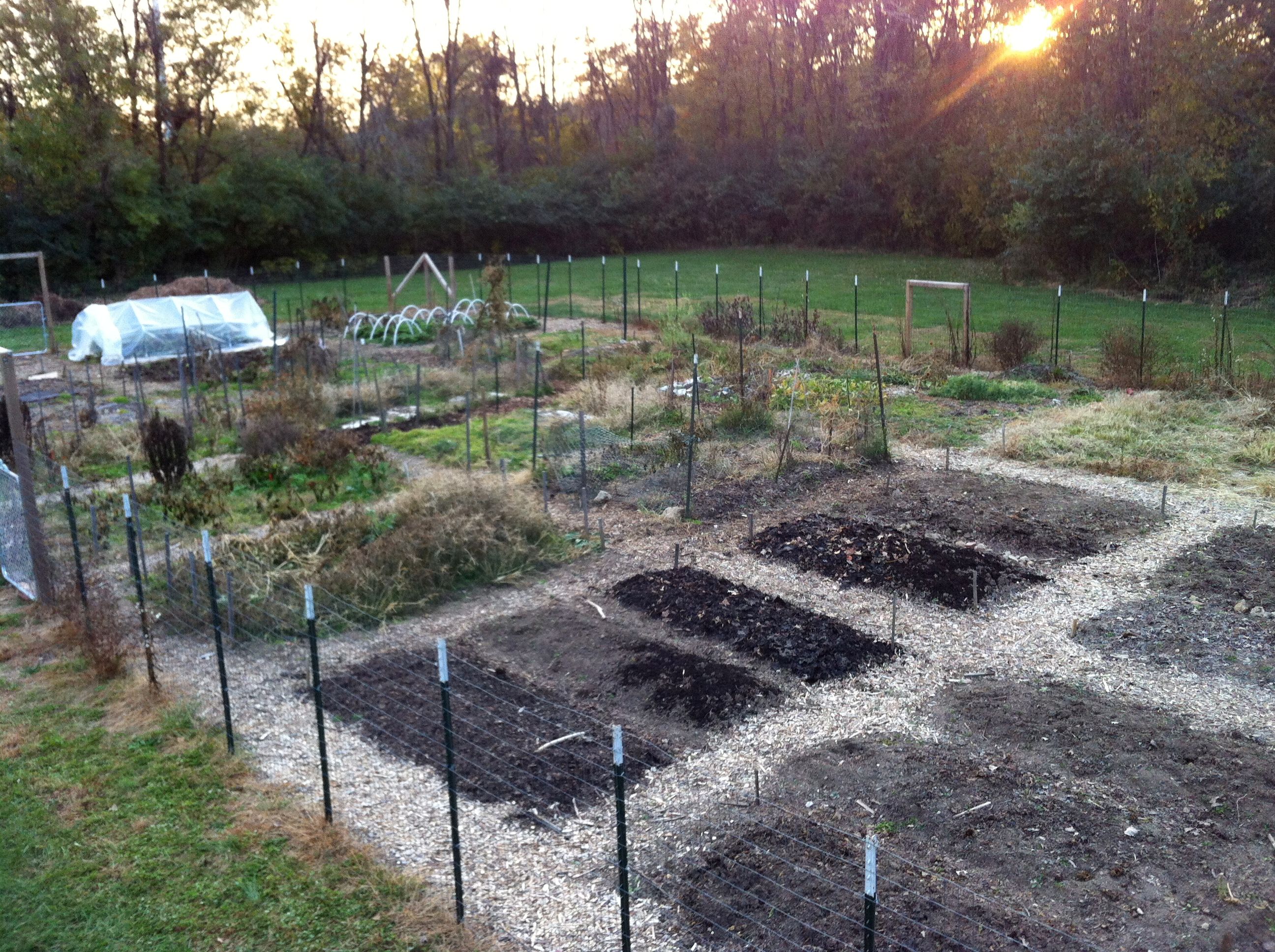 Things are finally winding down around here. We had a good hard frost recently, and have been hurriedly helping everyone get the gardens ready to sleep for the winter, and making what improvements we can while the weather is still nice.

We've gotten the weeds at the Athens Southside gardens much more under control, and have tilled up the southern third of it and planted with a helpful blend of winter cover crops. The same goes for the vacant areas on the north end of the Athens Eastside gardens, and the unused center portion of the Nelsonville gardens. We decided to use an even mixture of winter rye, oats, and winter peas. The peas will fix atmospheric nitrogen into useable organic forms that will provide nutrition for next year's crops. The rye and oats will scavenge nutrients left over in the soil and prevent them from being leached away by heavy winter rains. All three crops will turn carbon dioxide from the air into organic matter in the roots and shoots of the plants. The heavy winter freezes that eventually hit us around January/February or so in this area will freeze the peas and oats and kill them down, creating a nice layer of mulch, whereas the winter rye is incredibly hardy and will continue to stay alive through the winter (and even grow a little bit more on our random warm spells). When spring arrives, the rye will already be well-established enough to grow quickly and outcompete many of the spring weeds that might begin to pop through the oat/pea mulch even before we're ready to plant again in the spring. Once it's planting time, the rye will be chopped down and turned into the soil along with the mulch, where these cover crops will decompose throughout the growing season, releasing their stored nutrients right as the growing crops need them, and building up the organic matter content of our garden soils.

That might sound like a complicated process, but what it boils down to is that with a little bit of effort on our part up front, these cover crops will significantly improve the quality of our garden soils pretty much all on their own. Isn't nature awesome?!